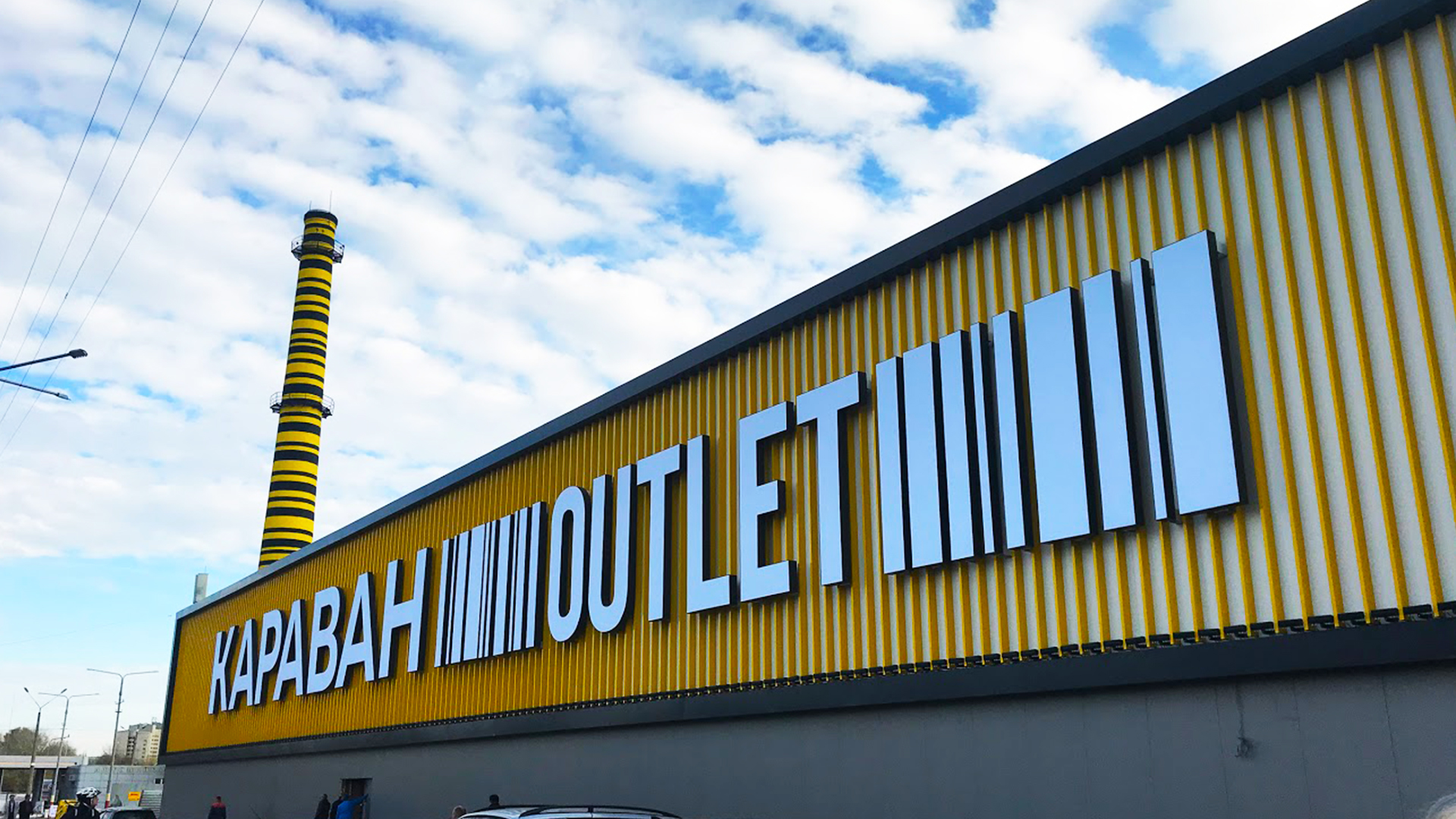 Karavan Outlet is a mall of a new format, a modern one and the largest outlet in Ukraine, which has a bright recognizable style.

Its total area is 58,000 sq. m and comprises over 100 fashionable boutiques and shops, the Auchan grocery hypermarket, the Multiplex cinema, the Turbo rollerdrome and the Fly Park children’s entertainment complex.

The implementation period was record-breaking – only six months for large-scale external and internal construction works. Professionals, more than 20 contractors were engaged to implement the project, and Karavan Outlet opened its doors to its customers as early as 07 December 2019.